Marketing is hard. Everybody knows that. But most value-driven marketing runs on a simple principle: create something that provides value.

People began realizing this, and we now have a whole branch of marketing called "Content Marketing". And it's a very popular one, too.

The problem with most content marketing advice is that there's probably someone who's either written about what you're talking about, and there's a good chance they know a whole lot more than you do, too.

This makes it hard to stand out when you're starting out. For example, I've recently become very invested in studying and working in SEO. But I would never write any piece of content on SEO, for the simple reason that the market there is saturated with articles from people who have a lot more experience in this topic. 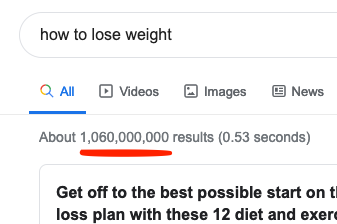 So how does a new business set itself apart?

Over the past couple of years, while experimenting with a lot of marketing channels and approaches, I've come to find that one of the most consistent ways to spread the word about any startup, business, or project is by building small side-projects: any tool that offers some value, and is available for free.

These side projects should be easy to build, easier to maintain, available freely, and provide clear value.

You can do this entirely from scratch, without any pre-existing audience or influence. And other than time, the cost is usually very little.

A well known example is the story of how Unsplash was born. Crew, the startup behind it, was running low on cash and time, and needed to find new customers fast. They set up and launched Unsplash over an afternoon, submitted it to HN, and it went viral. It continued to be the most popular referral source of clients for Crew until they were acquired by Dribbble.

Kapwing grew their organic reach to ~2 million monthly visitors by launching at least 10 side projects then doubling down on press exposure. Ahrefs offer their backlink-checker for free.

I've managed to do this a couple of times with Postmake. A while back, I compiled a list of books that are often recommended by founders / independent makers. I tried my best to show the list in a minimal and easy to use approach.

The list went a little viral – on its launch, it managed to drive over 25k visitors in under 24 hours to Postmake. It still brings in a steady number of users everyday, more than a year later.

A great side-effect was the number of backlinks this list brought. As a directory, Postmake's main growth channel is SEO. This list has been a great help.

I've done something similar earlier on when I compiled a list of open startups. Same story – a useful list that capitalizes on a trend. Thousands of users in a short period of time, and one of the main ways I launched Postmake.

Compiling data is also a great way – use a little creativity to build something new from existing sources. If you can nail the presentation, you can drive good traffic or at least start spreading word of mouth. 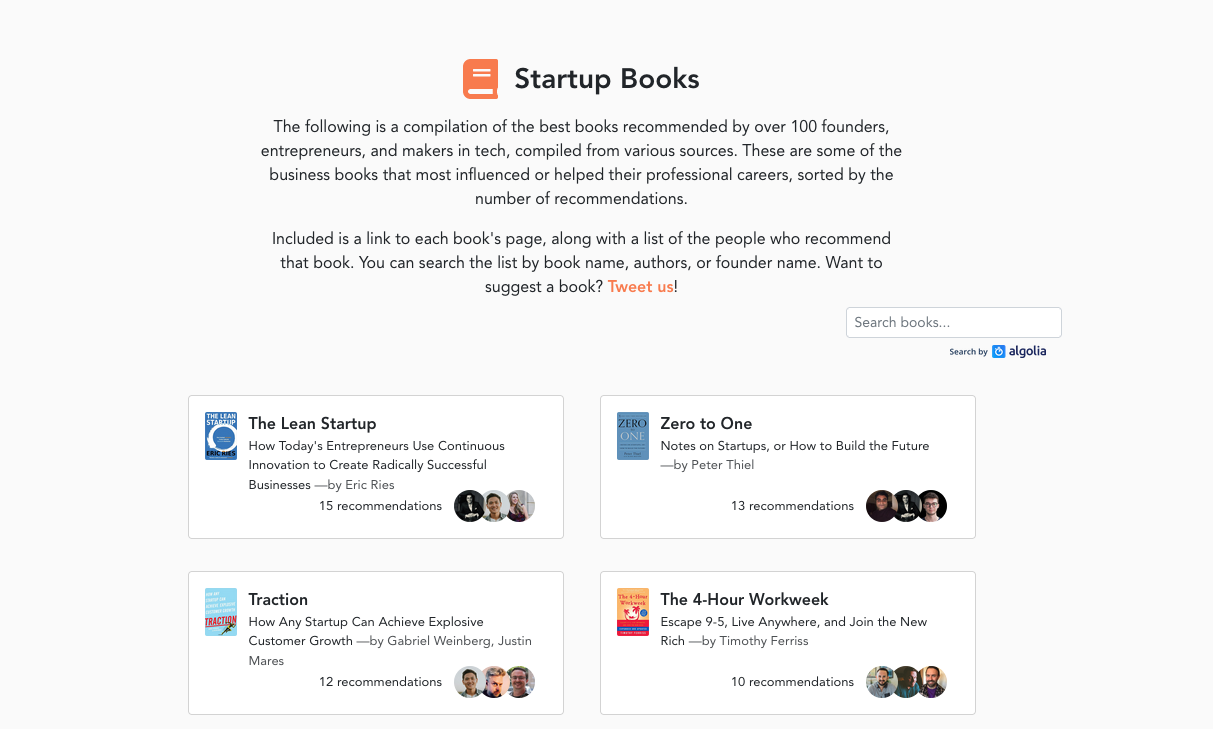 Side projects solve a problem most new founders face when they're starting out: they generally don't have any audience to build out to, and even if they did, they often don't have much to offer.

Traditional content marketing becomes hard – if you're not an expert on anything, what exactly are you supposed to talk about? This is aggravated by the fact that most "niches" are saturated with content.

This is why google search is becoming increasingly useless for any opinion-based query – there are already 100s of pieces of "content" created for the sole purpose of ranking in SEO. By following the traditional advice of "finding relevant search keywords and create content that optimizes for them", you're only making things worse.

If you're building a fitness platform, nobody needs another weight-loss guide. But if you can offer a body-mass-index calculator for free, you start setting yourself apart.

When you're selling in a crowded market, it's hard to stand out. Build something of value to help you with that.